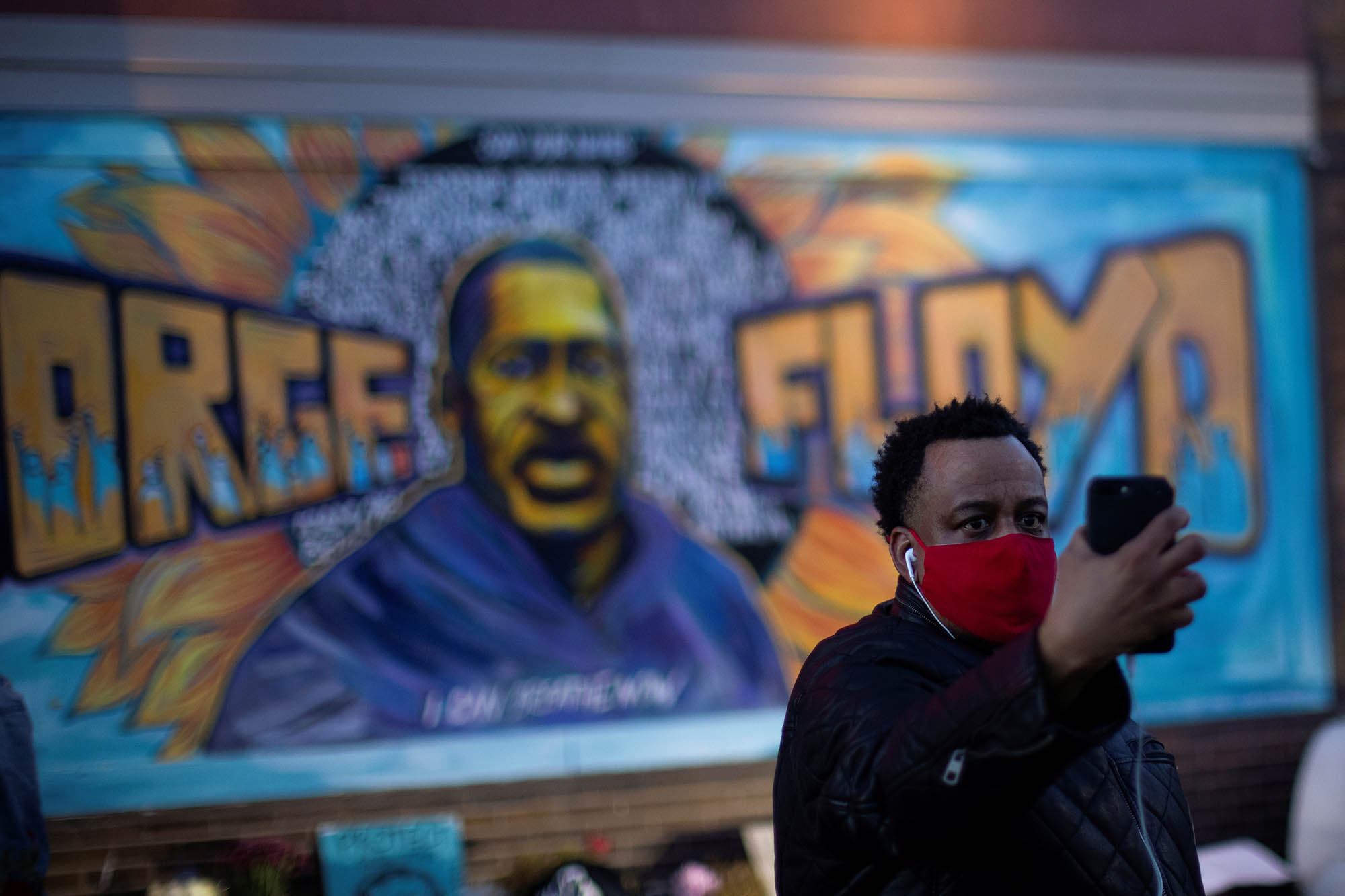 An ax-wielding vandal was caught on camera leaving a trail of destruction at a George Floyd memorial in Minneapolis over the weekend.

The man targeted an entrance to George Floyd Square — an autonomous zone set up at the intersection where Floyd was killed by police in May 2020.

Video posted to Instagram by an account linked to the memorial captured the mayhem, which ends with the vandal scurrying away after witnesses spotted him.

The man can be seen pulling up to the site in a pickup truck before getting out and ripping down several large signs, including one that read “BLM” — an acronym for Black Lives Matter.

Soon after tossing a table over, the man grabs an ax from his truck and starts whacking away at a wooden shed, which remains intact, the video shows.

He then goes inside the structure, tossing chairs and other objects from it into the street.

More than three minutes after arriving, voices can be heard from a distance addressing the vandal.

“Get the f–k out of here,” a man repeatedly says.

The man hurries away — without his ax — and speeds off in his truck, the video shows.

“We ain’t sad, we ain’t hurt, we ain’t even scared,” read a post on the memorial’s Instagram page.

“The only thing sad is the kind of hollow life and lack of direction that would motivate someone to throw a fit like this.”

We Cannot Afford to Turn Our Backs on Afghanistan

Denmark's Christian Eriksen Is Stable and Talking to Friends