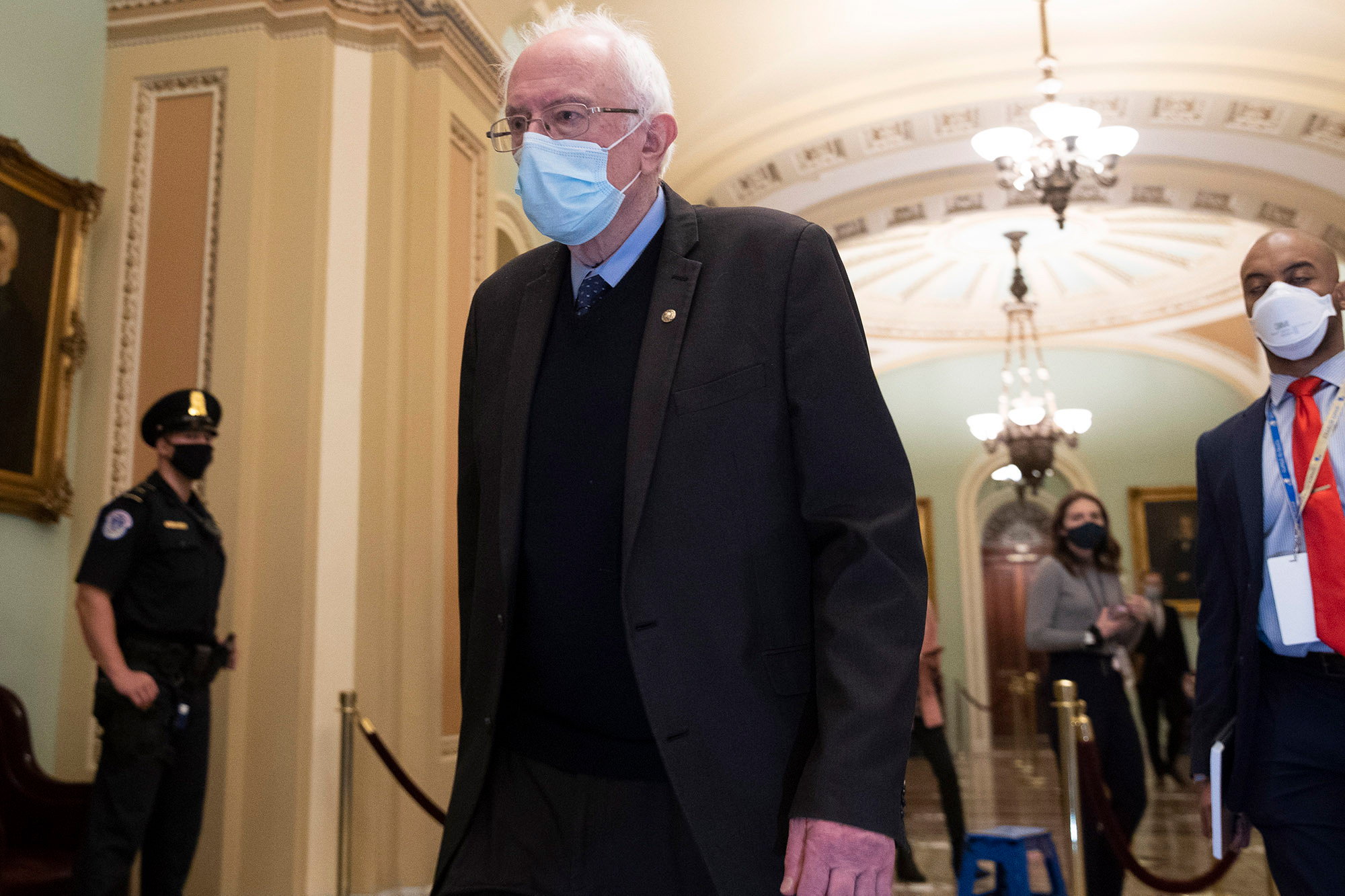 Sanders asked in a written note submitted during the question period of Trump’s trial, “Are the prosecutors right when they claim that Trump was telling a ‘big lie’ or in your judgment did Trump actually win the election?”

“I did!” shouted Sanders, who lost the 2020 Democratic primary to Biden.

“My judgment is irrelevant in this proceeding. It absolutely is,” van der Veen said, as Sanders bellowed a reply across the Senate floor.

According to press pool reporters in the chamber, Sanders shouted back at van der Veen, “No, it isn’t!” and, “You represent the president of the United States!”

Sen. Patrick Leahy (D-Vt.), who is presiding over the trial, interrupted the shouting match.

“The Senate will be in order. Senators under the rules cannot challenge the content of the response,” Leahy said.

Van der Veen did not address the validity of the election results in his reply.

“In my judgment, it’s irrelevant to the question before this body. What’s relevant in this impeachment article is, ‘Were Mr. Trump’s words inciteful to the point of violence and riot?’” said van der Veen.

Trump’s defense team spent much of Friday arguing that Democrats are basing a flimsy case on unsubstantiated reports about Trump’s conduct, including after the initial break-in on Jan. 6.

Van der Veen also said that Democrats routinely object to certification of the election results. “When Mr. Trump was elected president, we were told that it was hijacked,” he said.

Democratic impeachment managers argued that the violence that killed four rioters and US Capitol Police Officer Brian Sicknick was the culmination of a months-long campaign by Trump to undermine the election results and organize a mob that could intimidate Congress out of certifying Biden as winner.

A vote in the trial is expected Saturday. Democrats must win over 17 Republicans to convict Trump and ban him from holding office again. They are expected to fall far short of the threshold after winning just six GOP votes Tuesday on whether the trial is constitutional because Trump no longer holds office.