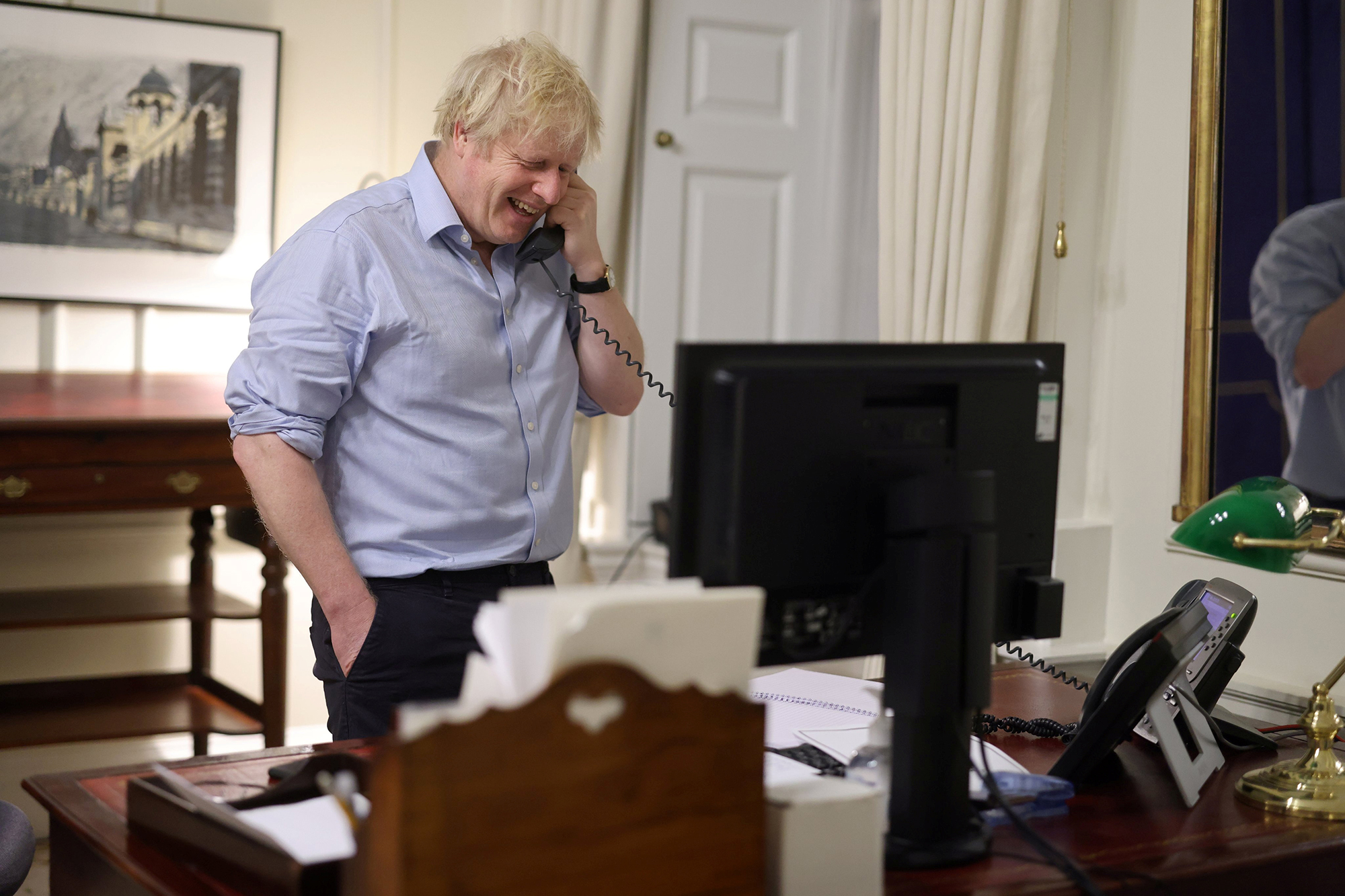 British Prime Minister Boris Johnson urged President Biden to strike a new trade deal with the UK in a phone call on Saturday, marking the first official discussion between the two world leaders since Biden was sworn in.

Johnson “reiterated his intention to resolve existing trade issues as soon as possible” and discussed “the benefits of a potential free trade deal” with Biden, according to a statement from Downing Street reported by the Associated Press.

Johnson, a one-time Trump ally who distanced himself from the former president during his final term, also congratulated Biden on rejoining the Paris climate agreement and World Health Organization, two reversals of moves made by Trump.

“I look forward to deepening the longstanding alliance between our two countries as we drive a green and sustainable recovery from COVID-19.”

The Biden administration has stated in recent weeks that it is not ready to commit to any new trade deals.

“President Biden has been clear that he will not sign any new free trade agreements before the U.S. makes major investments in American workers and our infrastructure,” Treasury secretary nominee Janet Yellen said earlier this week.

The call with Johnson was at least Biden’s third with a foreign leader since taking office on Wednesday; the president spoke with Canadian Prime Minister Justin Trudeau and Mexican President Andres Manuel Lopez Obrador on Friday.

The stories of Black, enslaved people in the Great Smokies are lost in history. The national park wants to tell them.