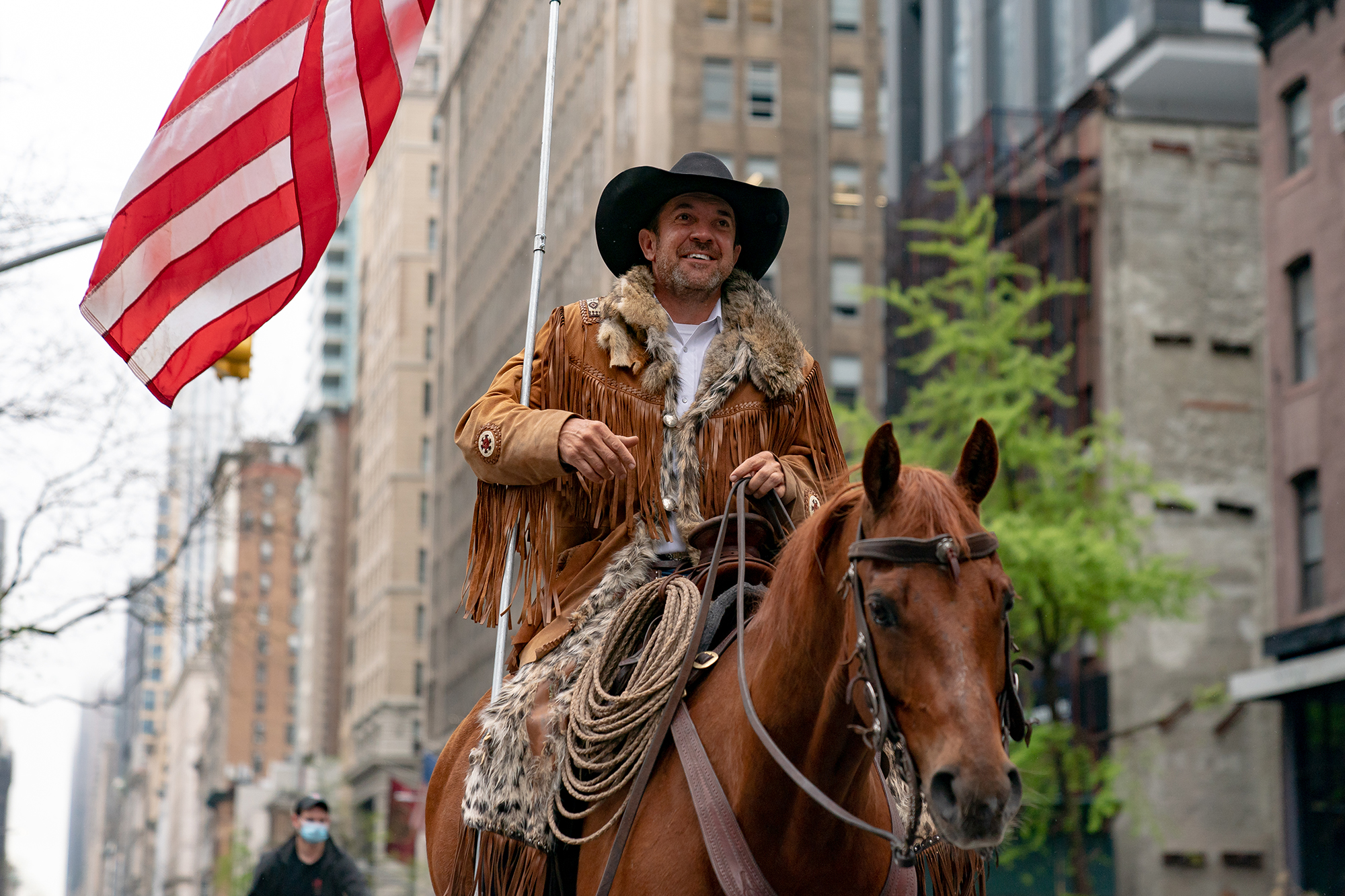 A New Mexico elected official — who co-founded the group Cowboys for Trump — was arrested by the FBI on Sunday in connection to his alleged role in the Capitol riot.

Couy Griffin, an Otero County commissioner, was busted after filming himself on the steps of the Capitol the day a mob of Trump supporters attacked the legislative building, federal authorities told KVIA-TV.

At a commissioners meeting on Thursday, Griffin vowed to return to Washington, D.C. on Inauguration Day, armed with guns to “embrace” the Second Amendment, the outlet separately reported.

Griffin had called the Capitol siege, “a great day for America,” according to the report.

“The people have shown that they’ve had enough. People are ready for fair and legal elections, or this is what you’re gonna to get. You’re gonna get more of it,” he said from the Capitol on Jan. 6.

Griffin had said he did not cause any damage or assault anybody the day of the riot.

The attorney general of New Mexico on Sunday evening called for Griffin to step down.

“I am demanding that Couy Griffin immediately resign from the Otero County Commission or my office will seek his removal,” the attorney general, Hector Balderas, wrote on Twitter.

It was not immediately clear what charges Griffin will face.

His group, Cowboys for Trump, supports the president “and his Make America Great Again policies,” according to its website.

Costco to increase its minimum wage to $16 per hour, but CEO says the average pay for hourly workers is $24

Tiger Woods doesn’t want his career to ‘end like this’ after car crash: source