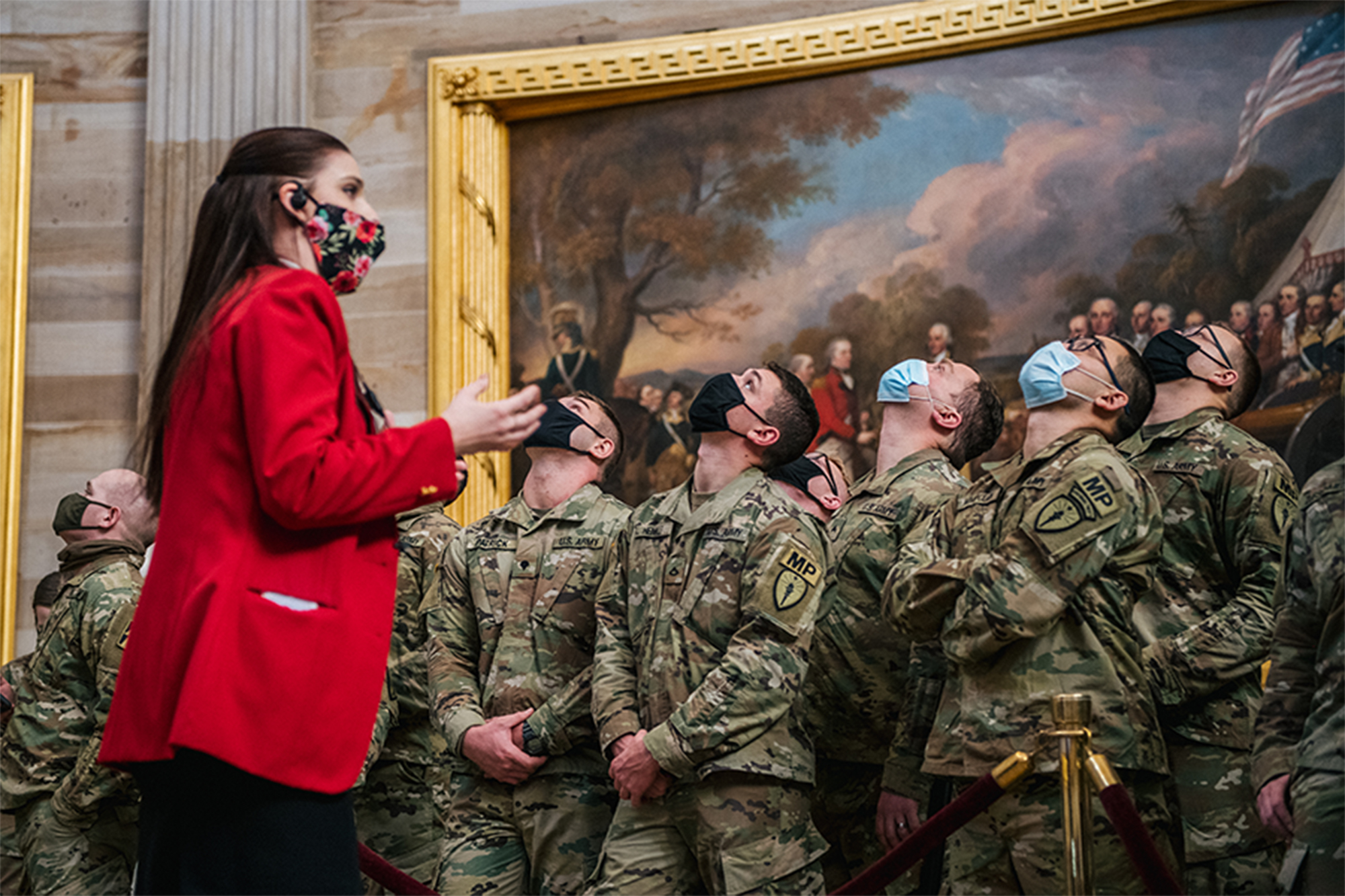 National Guardsmen were seen touring Washington, DC — including Capitol Hill — Saturday, days after being crammed in a parking garage because they were kicked out of the building.

The soldiers were seen touring throughout Capitol Hill, with some taking photos of the frescoes featured on the Rotunda dome.

Capitol tours had been shut down since the start of the pandemic in March, but were exclusively reopened for National Guard members on Saturday.

The soldiers were allowed back into the Capitol late Thursday after they were forced out of the Capitol grounds and into a parking garage, where they had no internet reception and only two bathroom stalls.

Members said they felt slighted after working tirelessly to protect the building in the lead-up to Inauguration Day.

“We feel incredibly betrayed,” one Guardsman said, according to Politico.

“Yesterday dozens of senators and congressmen walked down our lines taking photos, shaking our hands and thanking us for our service. Within 24 hours, they had no further use for us and banished us to the corner of a parking garage.”

The incident sparked outrage among some lawmakers, who condemned the move and even offered to find ways so the troops could stay in the Capitol building.