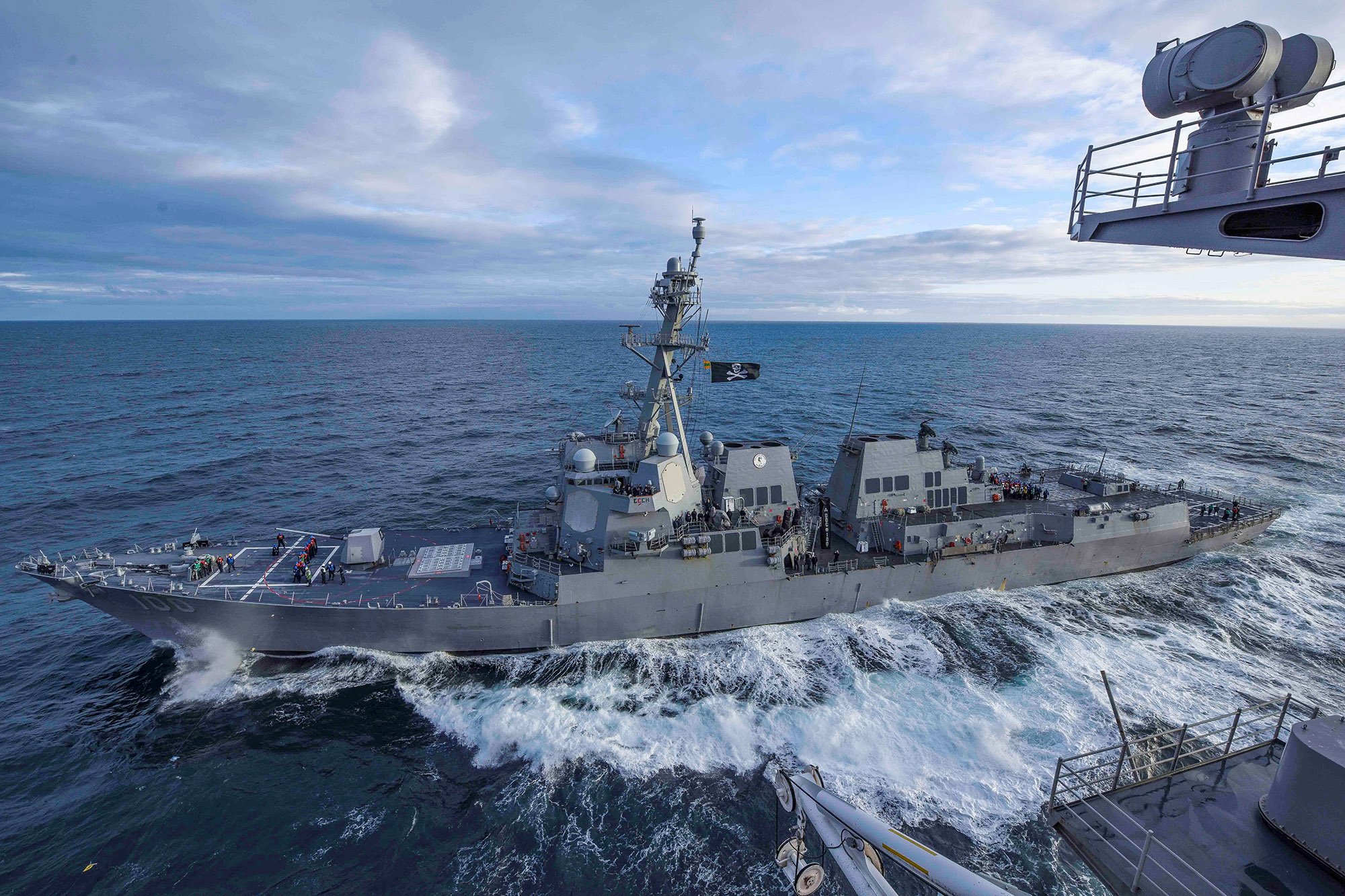 A US carrier group entered the South China Sea to promote “freedom of the seas” on Saturday as Taiwan reported that China sent fighter jets and bombers into the island’s airspace, according to a report on Sunday.

USS Theodore Roosevelt led the strike group into the South China Sea days after President Biden was sworn in at Wednesday’s inauguration at the Capitol – setting up an early test for the administration​, Reuters reported.​

“After sailing through these waters throughout my 30-year career, it’s great to be in the South China Sea again, conducting routine operations, promoting freedom of the seas, and reassuring allies and partners,” Rear Adm. Doug Verissimo, commander of the strike group, ​said in a statement.

“With two-thirds of the world’s trade travelling through this very important region, it is vital that we maintain our presence and continue to promote the rules-based order which has allowed us all to prosper,” Verissimo’s statement continued.

D​uring his Senate confirmation hearing last week, Biden’s nominee for secretary of state Antony Blinken said former President Trump was correct in taking a hard line with China​ and said there was “no doubt” the Communist Party-run government poses the greatest challenge to the US.​

“President Trump was right in taking a tougher approach to China. I disagree very much with the way that he went about it in a number of areas, but the basic principle was the right one, and I think that’s actually helpful to our foreign policy,” Blinken told senators.

Ch​ina, which claims control of large areas of the South China Sea along with Vietnam, Malaysia, the Philippines, Brunei and Taiwan, has repeatedly criticized the US for ​sending navy ships to the region.

On Saturday, China sent 13 warplanes into Taiwan’s airspace – eight bombers, four fighter jets and one anti-submarine patrol aircraft ​Blinken said at his hearing that the US would continue to uphold its commitment to back Taiwan.​